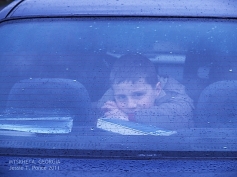 Boy watching me from the car window 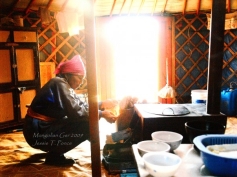 A Mongolian woman lights up the oven inside her ger 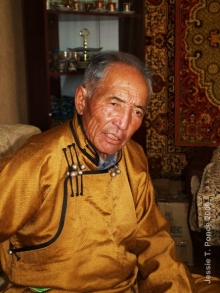 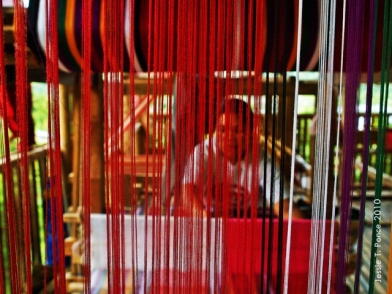 A “tubaw” weaver demonstrates the weaving process on her loom

Over the years I have accumulated photos of people who left lasting impressions in my mind.  Most of them are just ordinary individuals in various places I’ve visited whose actions or facial expressions represented certain peculiar characteristics which made their image in the photo more meaningful.  I’m sharing these photos in this series entitled “Portraits and Facial Impressions”. This is Set 3 of the series. 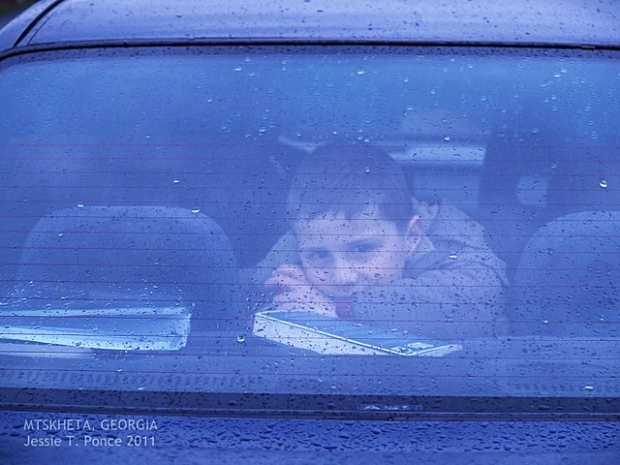 Boy watching me from the car

“Rain, rain, go away…” / Georgia 2011 [Mtskheta, Republic of Georgia]: It was April and it has been raining when I was about to depart from Tbilisi, the Georgian capital.  During my last 2 visits, I have seen almost all of the most popular cities of Georgia but, ironically, have never seen Mtskheta, the old capital which was less than an hour drive from Tbilisi.  My Georgian friend, Becka, did not want me to leave without taking photos of Mtskheta so he and his wife and two boys brought me to the old city a few hours before my departure.  It was raining but I had to get out of the car from time to time to take pictures as we approached the old capital.  It was then when I noticed that the younger boy had been intensely watching me from the back of the car so I snapped this photo. 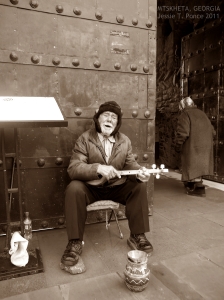 “Man at the Gate” / Georgia 2011 [Mtskheta, Republic of Georgia]: The 11th Century Svetitskhoveli Cathedral is one of the oldest and most important of the many cathedrals of Georgia.  It is said that the famous shroud of Jesus Christ was once kept here. The cathedral building and compound actually dominate the old city landscape.  This old man has been strumming his stringed instrument as Becka’s family and I approached the cathedral’s entrance gate.  I initially hesitated but nevertheless took photos of him realizing that I had to drop some money into his waiting jar anyway. 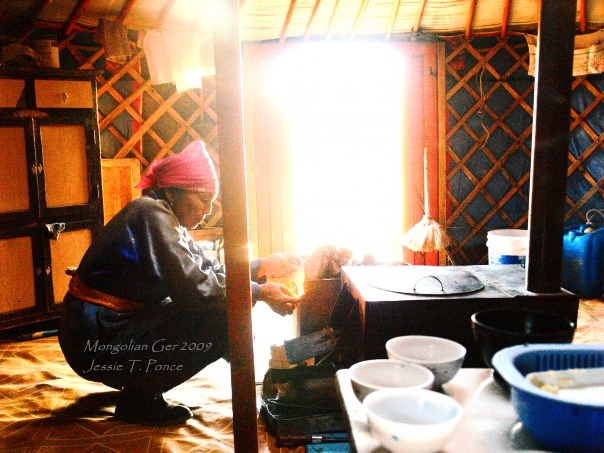 A Mongolian woman lights up the stove inside her ger

“Inside the Ger” / Mongolia 2009 [Central Aimag]: The Ger (yurt) is the traditional Mongolian pie-shaped felt tent, considered the home of Mongolian herders.  It is, in a way, the center of the universe for nomadic herders who move around the vast Mongolian steppes all year round.  The round interior of the ger is a single room affair with the beds placed along the walls.  A metal stove – the ger’s most important appliance – sits at the center of the ger with a dual purpose: for cooking and as the central heating system for the almost year-round cold weather.  The most indigenous fuel for the stove: dried livestock dung.  In this photo, our hostess in her traditional clothes lights up the stove to provide us more heating. 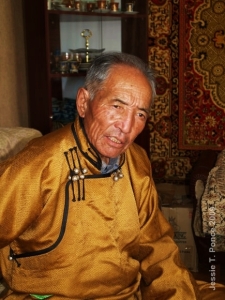 “Advice from an Elder” / Mongolia 2009 [Central Aimag]:  He was standing at the door of his “ger” (tent) the first time I met him in 2004 at a nomadic herders’ camp in the midst of the vast grazing lands of Mongolia’s Central Aimag (province). He gazed at the skies looking for signs of luck that accompanied my visit, then finding something good, he joyfully entertained us and offered me his best colt of the season before we departed.  Since then, I made it a point to visit him every time I was in Mongolia.  We almost got lost in the steppes trying to locate him during my last visit in 2009 but nevertheless found him and had a joyful reunion with his whole family. 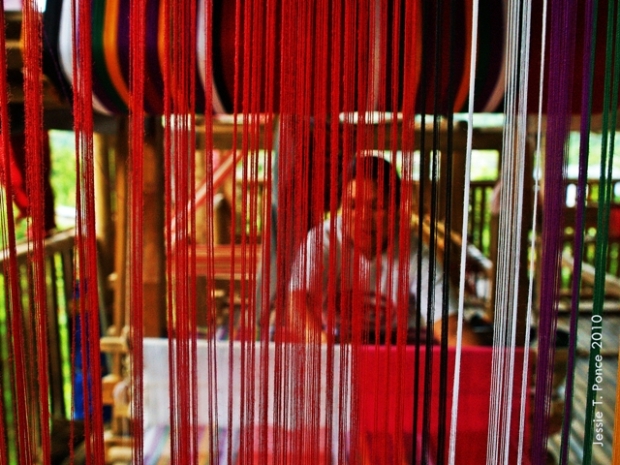 A "tubaw" weaver demonstrates the weaving process on her loom

“Fading Weavers” / Philippines 2010 [Lake Sebu, South Cotabato] : Weaving has been a traditional handicraft among the women of the T’boli tribe of Lake Sebu but various factors have caused the decline of interest of younger generations on this form of art.  Fortunately, certain efforts from the government and civil society organisations are helping preserve this culturally significant practice.  In this photo, a woman demonstrates how the “tubaw”, a colorful traditional T’boli head dress, is woven.