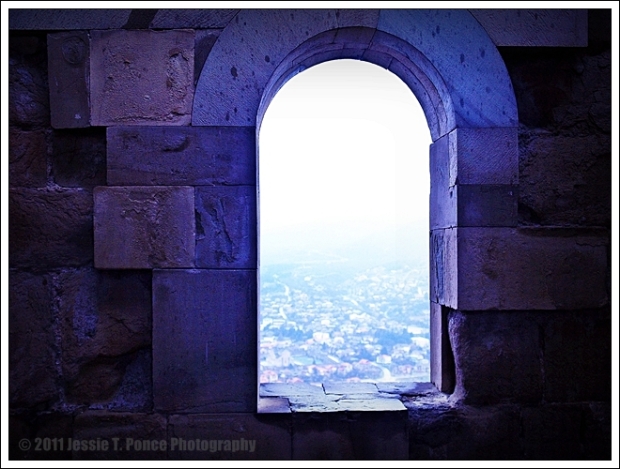 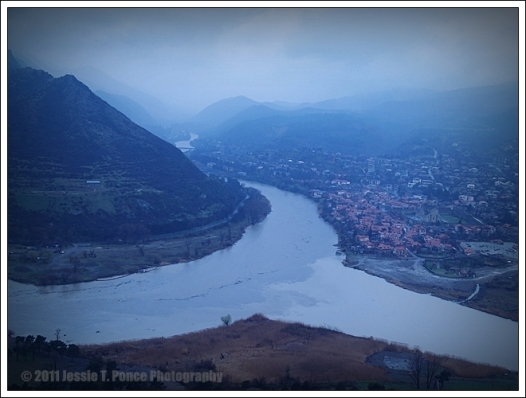 Confluence: Mtskheta lies along the banks of both Aragvi and Kura rivers 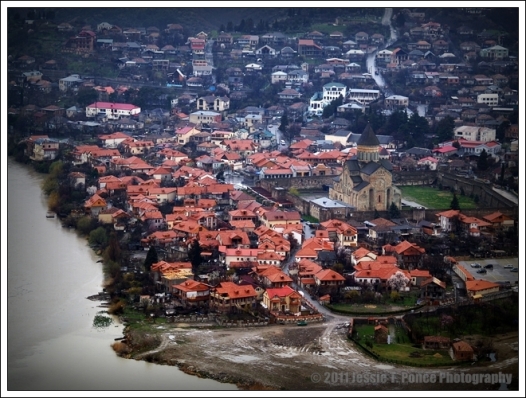 Refurbished: The Svetitskhoveli Cathedral is surrounded by the newly-renovated buildings of Mtskheta

Also along the banks of Mtkvari (Kura) River, at the point where it is joined by the Aragvi river, is the scenic medieval town of Mtskheta.  Located just 20 kilometres (about a half-hour drive) north of Georgia’s present capital of Tbilisi; Mtskheta is one of the oldest cities of the country and was capital of the early Georgian Kingdom of Iberia from 3rd century BC to 5th century AD. It was only later, during the rule of King Dachi I Ujarmeli, in accordance to the will of his father, King Vakhtang I Gorgasali, when the Georgian capital was moved  from Mtskheta to the more easily defensible Tbilisi.

Mtskheta was  the main site of early Christian activities in Georgia and was the place where Christianity was proclaimed the state religion of the country in 337 AD, making them second only to Armenia in this regard. In the 6th century, the Jvari Monastery was built on top of a hill overlooking the rivers and Mtskheta and, in the 11th century, the Svetitskhoveli Cathedral was built in the middle of the old capital.  Both of these religious structures  are amongst the most significant monuments of Georgian Christian architecture and were among the “Historical Monuments of Mtskheta” as declared by the UNESCO World Heritage Sites in 1994. The city continued to serve as the coronation and burial place for most kings of Georgia until the end of the kingdom in the 19th century and it still remains the headquarters of the Georgian Orthodox and Apostolic Church to this day. 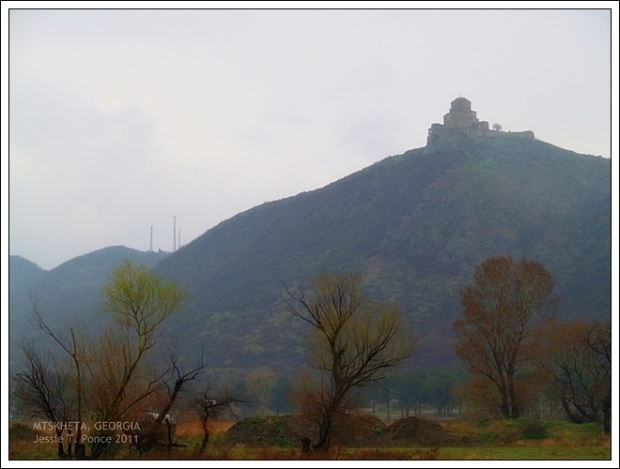 Hilltop: The Jvari Monastery as viewed from Mtskheta

Riverside: Mtskheta as viewed from across the river with the Svetitskhoveli Cathedral dominating the skyline

Old and New: A newly-renovated building beside the walls of Svetitskhoveli with a view of the Jvari Monastery at the background

I was not surprised that Becka, a Georgian friend who drove for me between hotel and work and around Tbilisi during my visits, insisted that I see Mtskheta before I finally leave for home.  I have visited various other places in Georgia such as Kakheti, Batumi and Emireti but have never been to Mtskheta, which happens to be the closest to Tbilisi and one of the most historically significant.  The other thing that Becka declared he didn’t want to happen was to allow me to leave the country without having enjoyed traditional Georgian dishes especially the khinkali. In fact he and other Georgian friends were shocked to learn that I have never tasted the khinkali after two visits to Georgia.  And so Becka made it his personal mission to feed me khinkali before I flew out of the country. He also wanted to make sure that I had enough experience and photos to write about it later.  It also happens that the best khinkali place can be found in Mtskheta. 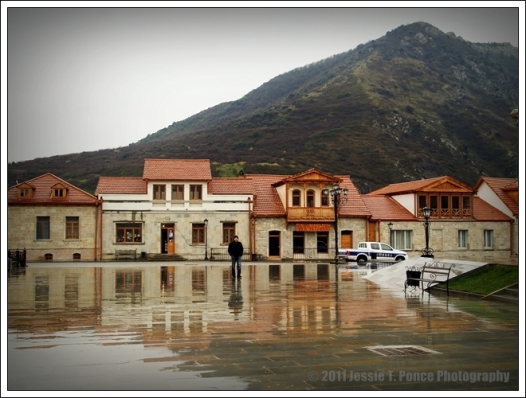 And so, on the day of my last departure from Tbilisi, we agreed to do a quick tour of Mtskheta just a few hours before my flight.  In a perpetual gesture of Georgian hospitality, he brought along his wife and two young boys to enjoy the view and share a huge Georgian lunch with me.  The older boy, Becka junior, also has some fondness for photography and, with his tiny point and shoot camera in hand, he tailed me around as I tried to catch the best angles of buildings and sceneries.  It was a rainy day so Becka junior also doubled as my umbrella assistant from time to time.

An empty street in the 'old' section of the city

A Tour under the Rain

A view of Jvari from another angle 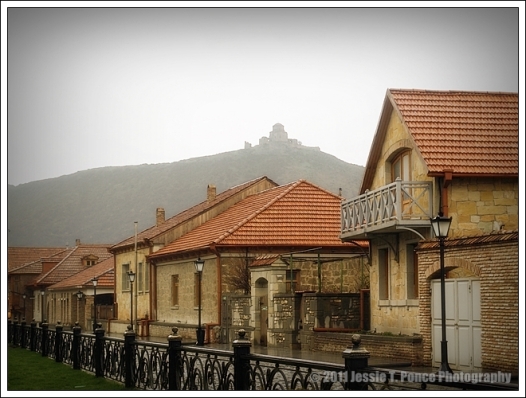 First we went up to the 6th century Jvari Monastery which sat on top of a hill providing a magnificent view of Mtskheta and the Kura and Aragvi rivers.  The hills surrounding the monastery, dotted by cherry blossoms and some cattle grazing on the green slopes, gave a beautiful rustic feel of the Georgian countryside.  I regretted that the sun was out that day but the rain and cloudiness provided some dramatic effects to the photos as well.

Before lunchtime, we moved down to the main city of Mtskheta where the 11th century   Svetitskhoveli Cathedral dominated the landscape.  The city has been going through a facelift so the surroundings were a combination of on-going construction, newly refurbished buildings, and untouched centuries-old structures.  Thus, while I felt like I was in a studio set-up of a cowboy movie in some newly renovated sections of the city; I also felt the strong historical vein running though the older, un-renovated sections, and I can almost visualize  the Christian noblemen and citizens of Iberia worshiping in the cathedral or pacing on the cobblestones along the old buildings of the city.

The front wall and bell tower of Svetitskhoveli

My Side of the Table

When it was time for lunch, we drove to a roadside restaurant which, according to my Georgian hosts, remains the most popular in the region.  There, I got treated to a feast of authentic khinkali and other traditional Georgian dishes so good that I felt like I ate a whole month’s meal .  The family later brought me to the airport fully satisfied that they have accomplished their final mission with me. Thanks to my hosts and the warm Georgian hospitality, I left with a stomach full of Georgian food, a camera full of photos, and mind full of  memories to write about.

The 'new' section with the cloudy mountains at the background