Along, came the navy. Three local boys arrive at our scene in their dilapidated dugout canoe 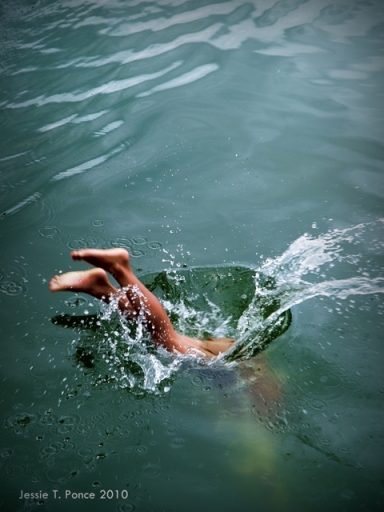 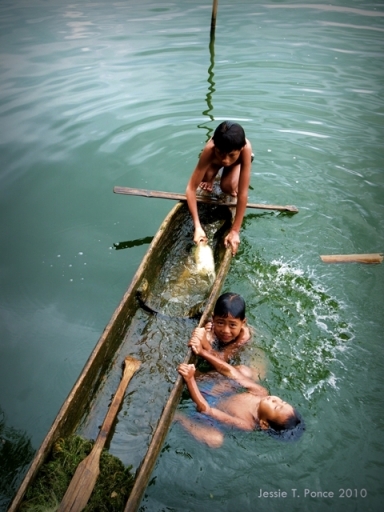 When there’s no coin to retrieve, the kids just play and have a good time in the water while making sure that their leaking boat does not sink

A funny, unexpected opportunity happened while I was surveying Lake Sebu for good photos way back in 2010.  We have just ordered our lunch — several dishes of tilapia (grilled whole pieces, crunchy-fried flour-coated fillets, and kinilaw or spicy slices in lime and vinaigrette) — and we have descended to the lake’s edge getting ready to settle into one of the scenic huts when a group of T’boli boys, apparently siblings, came towards our hut by boat from the other side of the lake in an old dug-out canoe.  Seizing the photo op, I took a few snaps as they approached but was pleasantly amused when they, once close to our hut, asked us to throw coins into the water.  My companions obliged and the “boat kids” quickly dove into the water, retrieved the coins, and then collected them in the canoe.   Apparently, this form of tourist attraction, if you can call it such, has caught up with local folks.   In Zamboanga City, travellers of docked passenger ships get entertained by whole families of Badjao (a seafaring ethnic group) who retrieved coins thrown by the passengers into the sea.  In Davao City, diners in some seaside restaurants can spend their waiting time watching Badjao kids dive for coins thrown into the water.  Now, in Lake Sebu, T’boli kids have taken to the trade.

After several minutes and a good amount of coins, I noticed that the siblings were doing it not so much for the money but more for the show and the fun of frolicking in the water and it did not take much to motivate them to do their best moves so I can take shots from various angles.  It was difficult to get a cue for their intended moves but it was fun trying to capture the action and freeze the moment in a snapshot.   The result: acrobatic, almost contorted, figures on a seemingly solid water surface, the fun clearly registered on the kids’ faces.  Not too bad a result for an experiment. 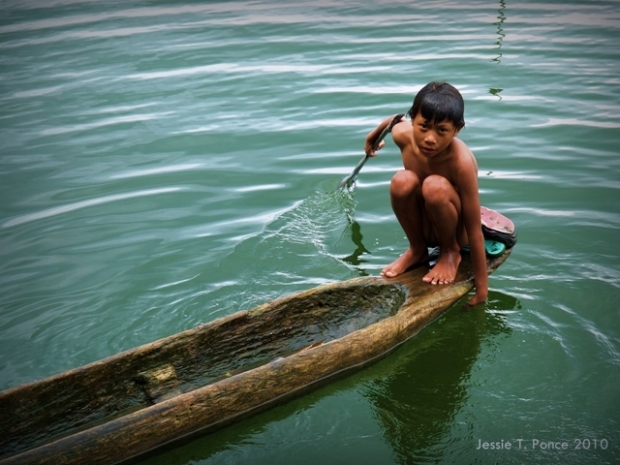 The eldest of the three poses for the camera… 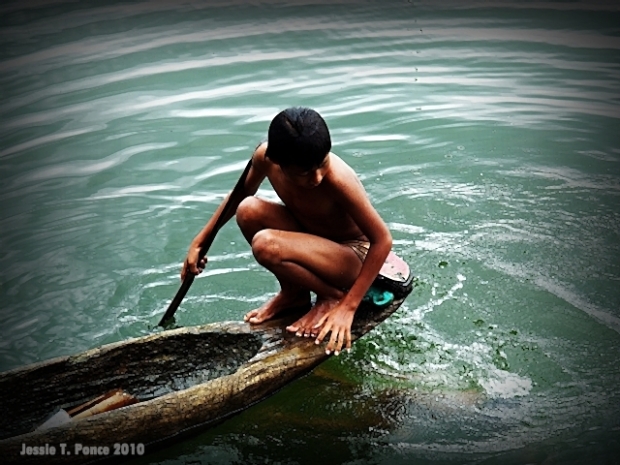 … and then minds his brothers as they try to retrieve a coin. 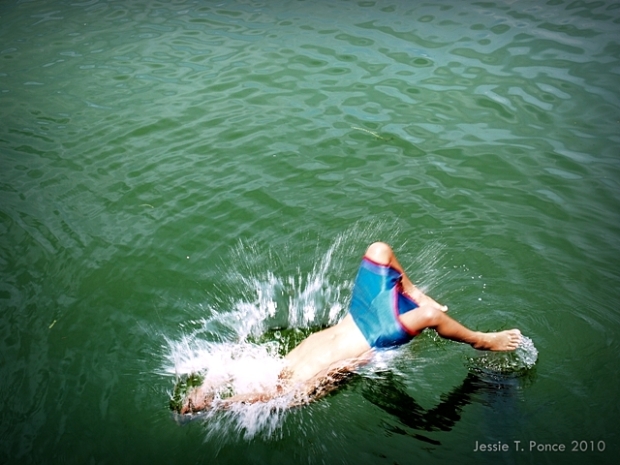 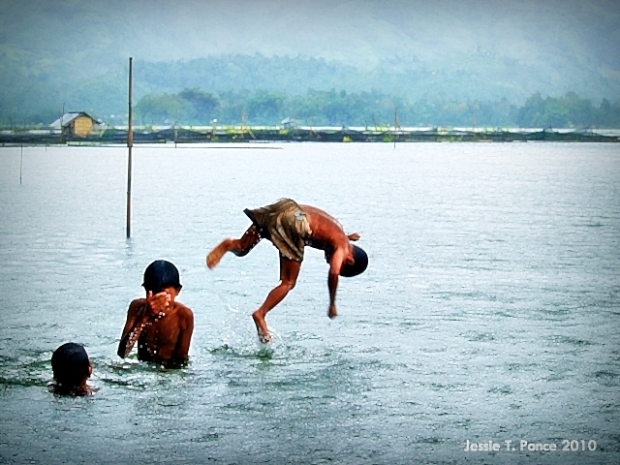 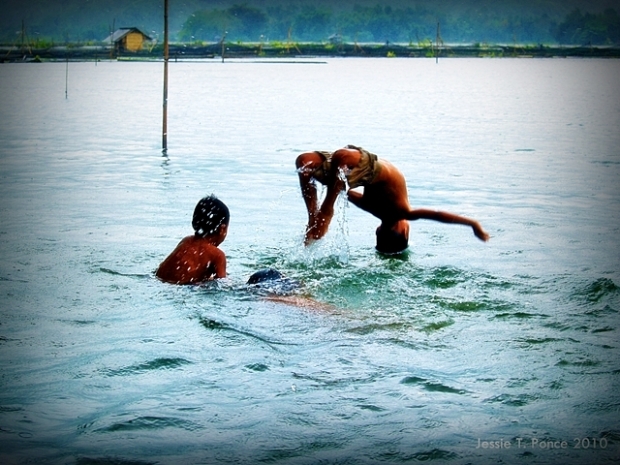 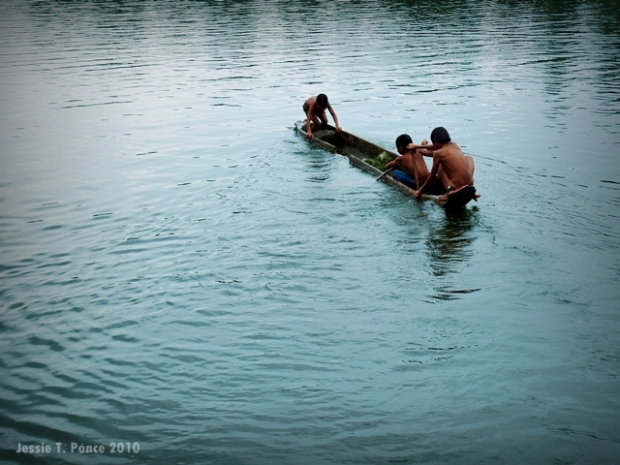 And then it’s time to paddle their faithful canoe back to wherever they came from, having played their favorite game on the water while earning some coins as a bonus for the day.