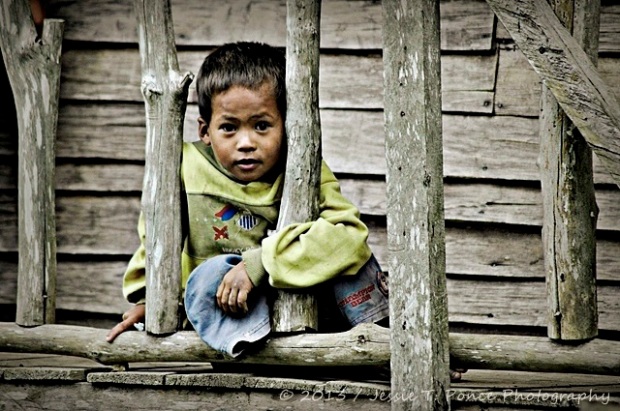 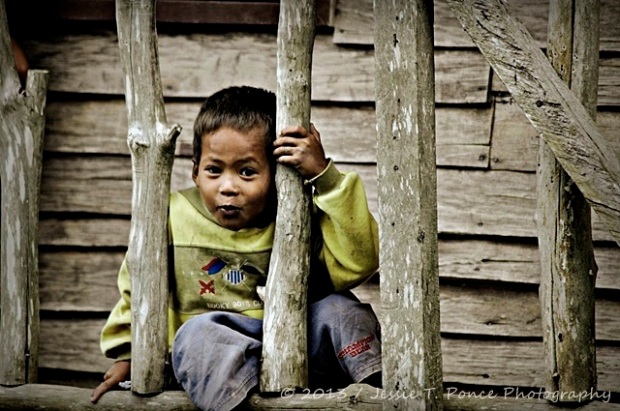 Salumay, Marilog District, August 2013: He chose the balcony of an old school building as vantage point for watching the arrival of visitors from the big city to his sleepy highland Matigsalog village.  I was able to take a couple of shots before he noticed me.  He seemed a bit shy at first but, having nowhere to hide,  he pretended to play hide and seek with my camera from behind the wooden balusters.

2 thoughts on “Yellow on Gray”