The Australian flag on top of the Parliament House

I consider Canberra, the capital city of Australia, my lucky city.  It was in 2004 when I first visited this beautiful city and it was here where I clinched my first major international consulting assignment.

I was in a new long-term job and I was in the city to attend a month-long preparatory seminar together with several young, energetic delegates from various countries in the Asia-Pacific region.  We were billeted in a serviced apartment just a stone’s throw to our corporate headquarters at the Civic Centre where the seminar was being held.

I remember that we were all full of life and enthusiasm at the earlier stages but the energy level was gradually dropping as the seminar progressed towards the end and the participants started to look for more exciting activities outside the sessions.  I and about half a dozen new-found friends from several countries chose to hang-out in a nearby bar which featured karaoke once a week.  It was on one of those euphoric “unwinding sessions” at the bar when I received a totally unexpected call.  It took several moments before I realized that the call came from faraway Mongolia and my rate for an assignment I applied for many months ago was already being negotiated (strange for a first telephone call).  Thus it was right there and then, outside a karaoke bar at the Civic Centre in Canberra, under the influence of “sweet” Australian home-brewed beer, did I come to an agreement with a bizarre Mongolian voice regarding the direction of my career for the next two years or so.

I did not get much opportunity to take photos of Canberra that year.  The activities at the seminar at daytime and the unwinding sessions at night were just too hectic (sigh). But I got a chance to visit again in 2008, coincidentally to accompany a group of Mongolian government officials on a study tour.  Though the tour schedule was likewise hectic, this time I managed to snap a few panoramic photos while minding the needs of my Mongolian ward.  Although the days were mostly cloudy, it was autumn and this magnificent planned city was bursting with colors.  And, though I did not get as many photos, I think these are enough to pay homage to my lucky city for the meantime.  I still hope to do a full time tour and photo shoot of Canberra in the future. 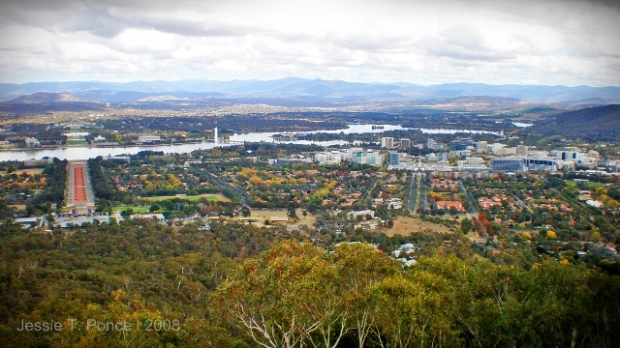 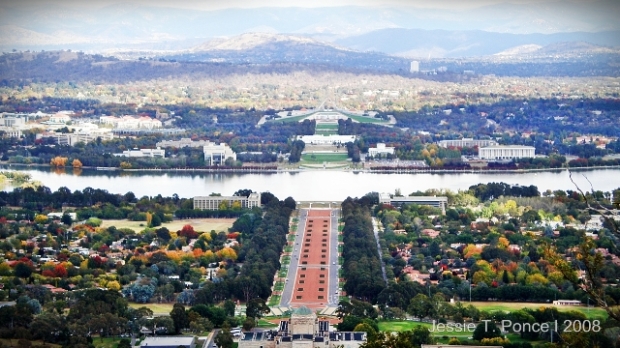 Axis from the Australian War Memorial 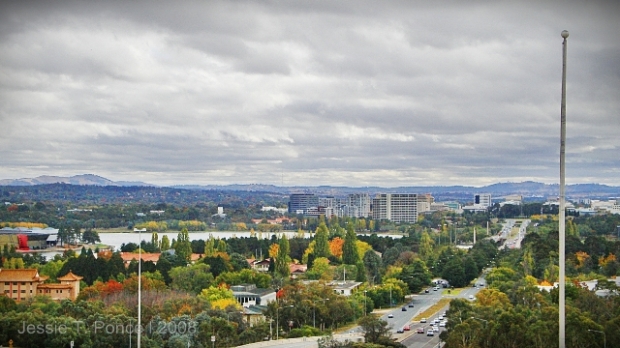 "bush capital" from another angle

Colorful trees by an empty street

Fountain at the Civic Centre

A pose with major landmarks at the background

2 thoughts on “My Lucky Canberra”